Addison Rae just debuted a major new look at the Met Gala. After a busy month promoting her new Netflix movie He’s All That, TikTok star Addison Rae used one of fashion’s most important nights to show off her brand new blonde ‘do. Our readers are always asking for celeb hair deets and Addison is one of our major hair inspos. She’s been able to rock a ton of different hair colors and styles since she’s become a mega-famous personality, so here’s your ultimate guide to Addison Rae’s hair journey, complete with the perfect inspo photos!

Young Addison had straight, dark brown hair as a kid. Here she is in a super sweet princess costume.

This photo of Addison and her dad took a lot of digging, but it looks like she was performing in a school talent show here, rocking red temporary dye in her hair and a tiara. 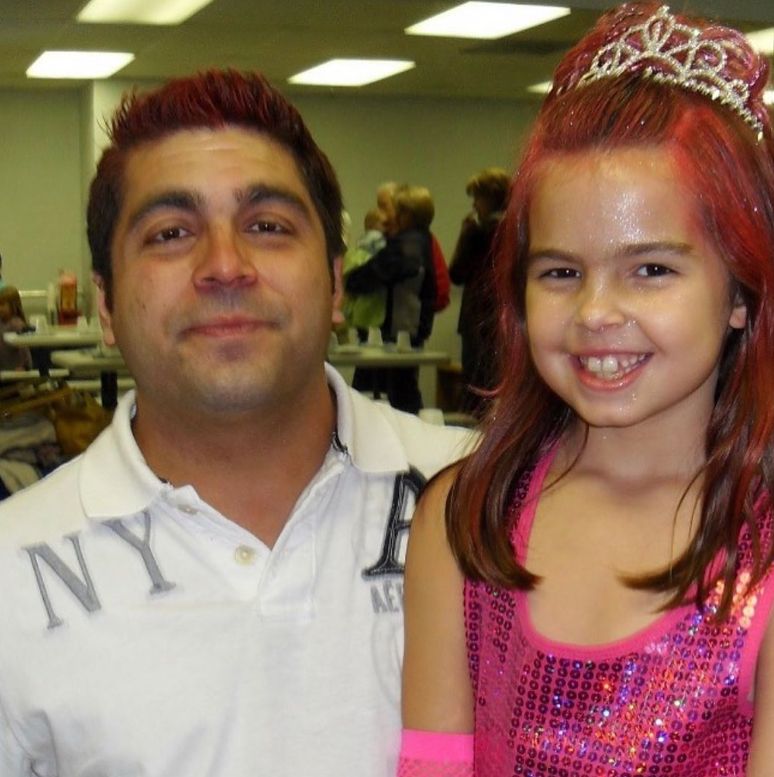 Judging by the photos Addison has posted of herself before she became famous, her natural hair color is brown.

When she first started gaining followers on TikTok, Addison’s hair was brown with highlights, which is the color she mostly sticks to when she’s not working on a specific project.

Addison is no stranger to incorporating bold colors into her hairstyles though! Here she is rocking purple hair at the beginning of 2020 using Loreal’s Hair Spray. It washes out in just one day but looks super cool for a concert or photo shoot. Bookmark that link in case you need it for Halloween!

At the start of 2020, Addison Rae’s blonde hair looked amazing, but it wasn’t quite as platinum blonde as her Met Gala look.

By the Spring of 2020, Addison put more highlights in her brown locks, framing her face and brightening up her look.

But by the middle of that summer, Addison switched things up and debuted a dark brown ‘do. It definitely made her eyes pop and complimented her strong eyebrows.

In January of 2020, she added some highlights and more layers to frame her face and add texture. Addison can rock literally any hair style and color, but this might be our favorite TBH. It’s so simple and glamorous.

Like we said before, Addison isn’t afraid of a bold hairstyle. She looked so cool with these red extensions added into her hair. She looks a little bit blonder here too, but keep in mind that she’s probably adding in and removing extensions depending on the project she’s doing at the time. Some of our favorite celebs love to trick us with wigs, extensions, and temporary dyes, but don’t be fooled!

While filming He’s All That for Netflix, Addison rocked a more natural dark brown color that fit her character Padgett and looked more like her natural hair color to play the role of a normal school girl turned TikTok star.

During her recent press tour for the movie, Addison added her signature highlights and layers back in while in NYC.

Even though we’ve seen Addison as a blonde before, she went for a bold and super blonde color for the Met Gala. It’s so fresh and fun, just like Addison! Let us know what you think of her new look on our IG post:

How do you feel about Addison Rae debuting blonde hair? Have you seen her Netflix movie He’s All That yet? Watch the trailer now:

Continue Reading
You may also like...
Related Topics:Addison Rae