See what they were up to before Auradon Prep

Long before they were “Rotten to the Core” and setting it off in Auradon, BooBoo Stewart, Dove Cameron, Sofia Carson and Cameron Boyce were all super cute kids! We’ve rounded up some of our favorite throwback pics & vids. Check ’em out!

Aww! We love this super cute throwback that Sofia posted to Instagram. She captioned it, “#fbf to when I was 3 years old dressed as Belle, dreaming of one day being a Disney princess.” Dreams do come true!

Could Dove Cameron get any cuter? Above, a family photo taken in her home state of Washington. At 14, Dove and her family moved to California, where she’d soon be discovered by Disney Channel. Below, she hits the red carpet for her first big Disney event in January of 2013.

Both BooBoo and Cameron grew up in Los Angeles and have been acting professionally since they were very young.

OMG, Cameron at the premiere of 2010’s Grown Ups? We can’t take the cuteness! And Descendants 2 won’t be the first time Cameron and China Anne McClain share the screen – they both starred in the Grown Ups movies! 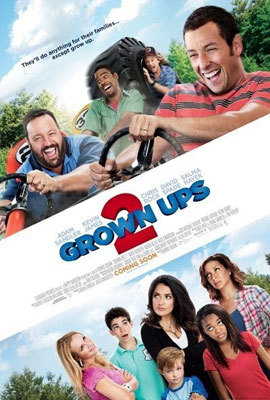 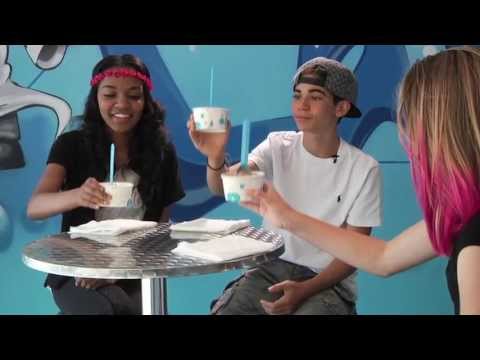 Below, you’ll find BooBoo rockin a much shorter ‘do back in 2009!

Fun fact: Just like China and Cameron, BooBoo and Cameron knew each other long before they filmed Descendants. Here they are at the same movie premiere in 2011!

We all know that Brenna got her start onstage, doing local theatre in Chicago. Here she is as Mrs. Potts in a production of Beauty and the Beast!

Now, let’s take a look at some throwback vids!

3. “Descendants” wasn’t Sofia’s Disney Channel debut. Here she is on an episode of “Austin & Ally.”

4. While Dove Cameron showcased her dramatic acting chops in a recurring role on “The Mentalist.”

5. And in 2007, a pint-sized China Anne McClain snagged a starring role alongside her real-life sisters in “Daddy’s Little Girls.”

6. Even as a little girl, Brenna had a beautiful voice!

Let’s give them all a round of applause!