“Embrace who you are, every single part of it!”

Olay skincare recently unveiled an inspiring new beauty campaign called Face Anything. It features many of our favorite empowering stars, like gymnast Aly Raisman and Lilly Singh, who’ve all overcome major obstacles to get to their points of success. The campaign is all about rejecting the times you’re told you’re “too _____” to live out your dreams – too emotional, too outspoken, too different – and instead, turn it all into the motivation to keep moving forward.

As if this story wasn’t amazing enough, Jillian Mercado made the entire thing even better. The model, who is featured in the campaign, was able to snap an Instagram photo of herself posing with her larger-than-life Olay billboard when the campaign debuted in NYC’s Times Square. Along with her glam pic, she shared why the moment is so important to her.

“I‘m not too outspoken, too vulnerable, driven, defiant, or ambitious, strong, too confident, or even too different!” she wrote. “All this makes me who I am and I’m sure you have had that told to you too. Well, it stops now. Never let anyone tell you you’re too much of anything. Embrace who you are, every single part of it! I would be lying to you if I told you that I wasn’t freaking out inside. I am currently having an outer body experience looking at myself and what my life journey has been so far.”

Jillian has been dreaming about a moment like this her whole life – but never imagined it could truly happen. Growing up, she hoped to see models with muscular dystrophy or who use wheelchairs like her proudly represented in the beauty industry, but it was an unfortunate rarity.

“I’m getting emotional typing this but I clearly remember being younger and fantasizing about seeing someone in any sort of mainstream media looking like myself but it was very hard to imagine because there wasn’t anyone really,” she shared. “I’ve vowed that I was going to work hard do everything in my power and not rest until I am represented in any shape, way, or form and move mountains. I hope that the world understands how important representation is, how important is to see yourself in any form of media – to inspire others to be their most excellent self without any barriers.” 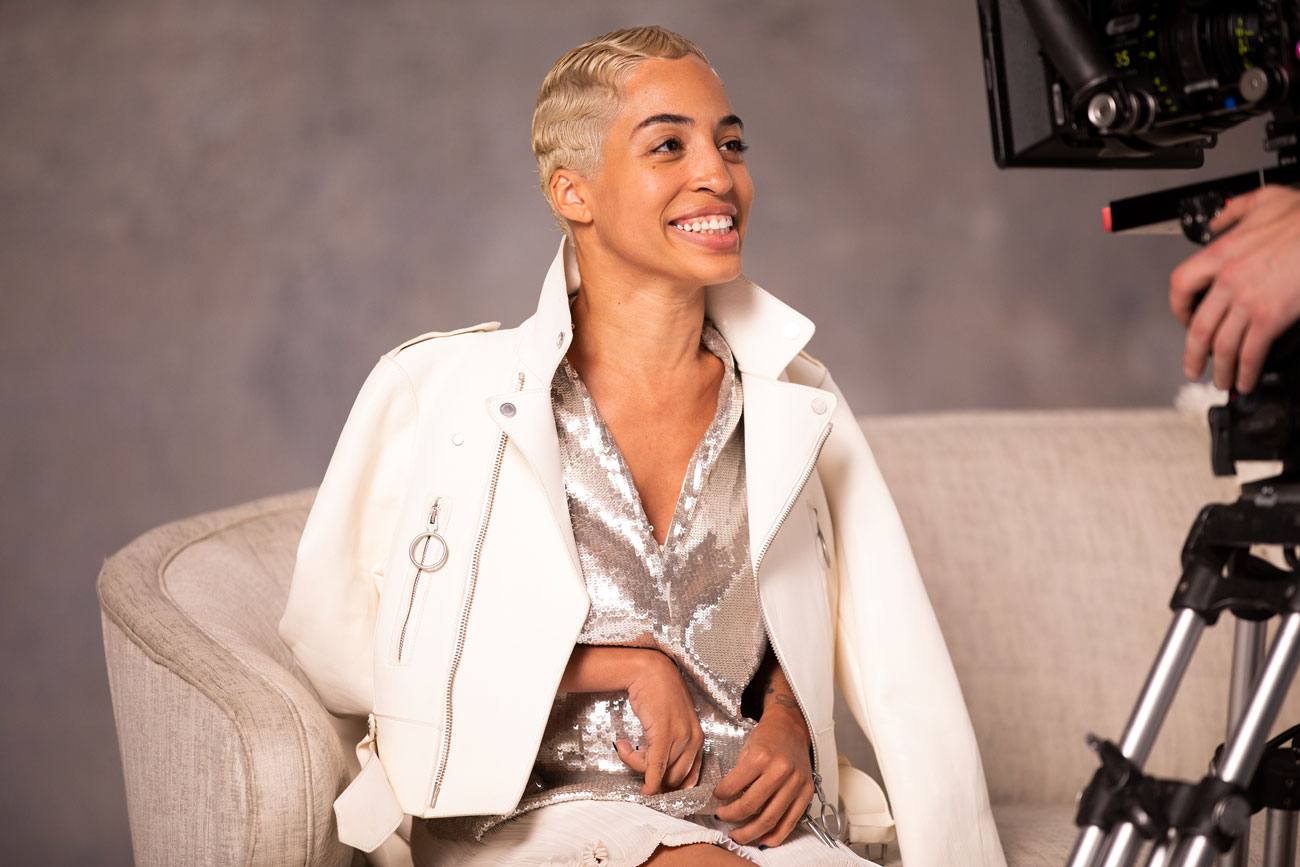 Now, seeing herself in a major beauty brand’s national campaign – and on one of the biggest billboards in the world! – has reminded her all over again of how her younger self needed to see her beauty.

“As I see myself in Times Square on a gigantic billboard while other people from all places around the world pass by and see me, I think about my younger self passing by these exact streets and wondering if this day would ever come- to see someone who has visible disabilities and latinx being represented in such a powerful way,” she shared. “I had to pave my own path, because I knew in my heart that we as a community, who have been invisible in pure sight, are capable of so much! It took work and patience but it was all worth it. Who would of thought that today is that day. Thank you for giving me this opportunity @olay.”