Plus, see what he’s up to after the series finale!

Ever since we first met his character, Cousin Blobbin, on the seventh episode of The Thundermans, we’ve loved Harvey Guillen! 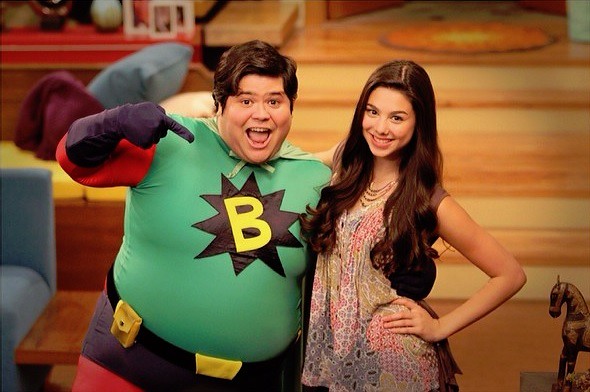 Did you know that he was only supposed to appear in that one episode?! But just like us, fans all over the world fell in love with Harvey’s portrayal of the silly superhero. “I love this cast and it’s been so much fun to watch all of the characters grow and see my cousins go from babies to teenagers,” he smiles. “I’m so grateful to Jed, who created the show, and the writers and producers. In 2014, I moved to New York to film MTV’s Eye Candy, and when that show wrapped, the cast and crew welcomed me back with open arms. They are literally the definition of family.”

And while The Thundermans may be ending soon, Harvey already has another TV show and movie on the way! He plays Guillermo in the upcoming FX series, What We Do in the Shadows, which is based on the 2014 film of the same name. And he’s currently filming The Body, which is from the same production company who brought you Get Out and Insidious! We can’t wait to watch both.

Stay tuned for an exclusive video interview with Harvey, coming soon to YSBnow!