The Hate U Give, starring Amandla Stenberg and based on the bestselling novel by Angie Thomas, might just be the most important film of the year. We saw it at the Toronto International Film Festival last month, and now you can see it, too, when it hits theatres everywhere on October 19!

Here are 5 things the movie teaches us about the #BlackLivesMatter movement, finding our voice and how to make change in the world we live in:

Empathy is more powerful than sympathy.

How can you practice empathy over sympathy in your own life? The Hate U Give’s author, Angie Thomas, shared the following: “Ask yourself: ‘Do I know what it’s like to be someone who isn’t like me in my community, in my neighbourhood, in my city, in my state?’ If you don’t know, take the time to find out,” she explained. “Once you do, you’ll be surprised that there are issues happening right around you that you have the power to change.”

You are “roses in concrete.” Just like Starr, Seven and all the other kids in the film, if you’re living in a tough situation, you’re still a rose: still beautiful, still good, still innocent. Just because things around you might be   bad doesn’t mean you are. If you identify with Starr, Angie hopes The Hate U Give will remind you that you aren’t alone in your fear, frustration, and sadness in the face of racism, prejudice and injustice. “We have to find light in darkness,” she says. “I think that we have to love ourselves before anyone else will.”

How to be a better #BlackLivesMatter ally. You can’t be “colorblind” when it comes to race. Your voice is more powerful than you know. 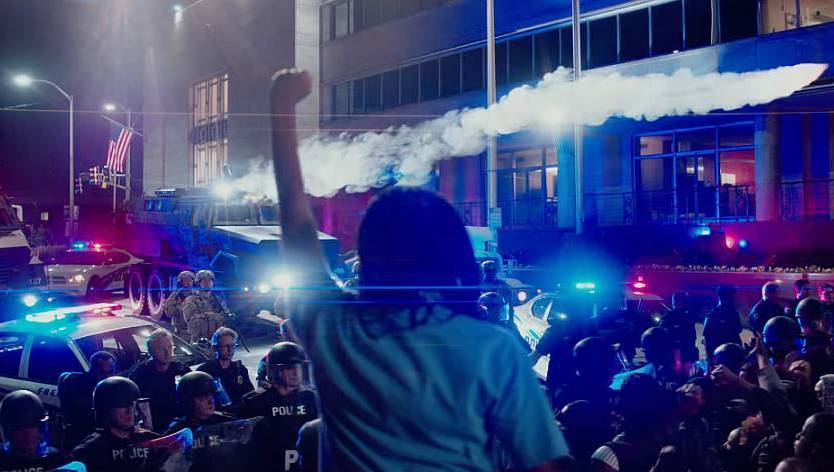 Watch our EXCLUSIVE interviews with “The Hate U Give” cast below: